Quite often, a ‘no’ against your teenager’s wishes will result in a revolt from him/her. They are in a period of transition when they are becoming aware of their independence and the freedom, they have to decide for themselves. Given that, they are reluctant listening to you all the time. How can you get your teenager to follow some rules and regulations amicably, without any drama? This article discusses ways in which you can handle your teenager without resorting to saying no. 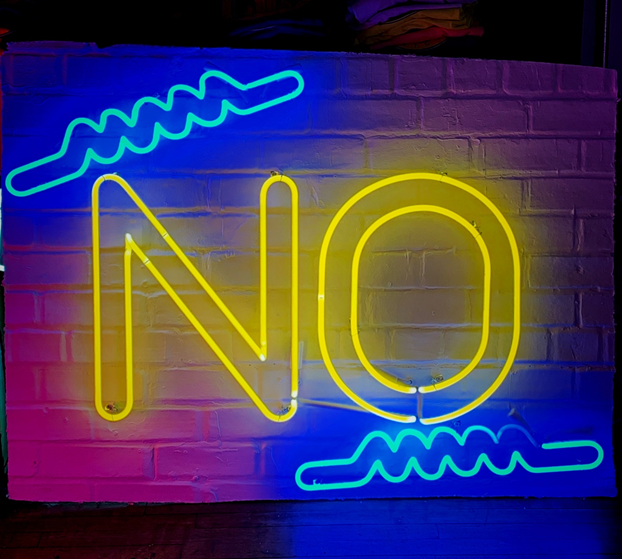 Make it a norm to have family meetings in which your teen and you can discuss things. A blunt ‘no’ will often lead to retaliation. However, informing them of the limits politely in a discussion can have different outcomes. Let’s assume that your teen wishes to stay out of the house beyond the time allowed by you. You can bring this up at a family meeting by saying something like: “It looks like that you wish to be out for longer than is allowed in this house? Is it really necessary for you to do so? I think it is understood that rules should stay that way. Can’t you meet your friends a few minutes earlier instead?” This will most likely result in a chat in which your teen will get a chance to speak their mind. If after the discussion, you still feel that good enough reasons haven’t been provided, or just that you feel it is unsafe for them to be out late, you may allow them to be out by an extra thirty minutes only or delay the situation by responding that you guys will continue the discussion next time or that they can be out for an extended time next week but not this week, etc.

To understand how a family meeting can be made more effective, you can have a look at some of these inspiring communication enablers.

Another effective strategy is to sugarcoat the ‘no’ with a ‘yes’. Let’s take, for instance, that your teenager insists that you get them ice cream on your way back from office but you know that they have had a lot of desserts in the past few days and you want to curb their indulgence. Rather than rely on a ‘no’, you could say something like this: “I would, for sure, get you ice cream, but for that you must complete your homework by the time I reach home.” So, turning the situation into a ‘this for that’ signifies that they have to do something in return. You actually say yes but on a condition that isn’t so easy to accomplish in the given time frame – not fulfilling their part of the deal would automatically result in a “no”.

3. Reiterate What Has Been Established Before

If your teenager wants to do something that goes against an understanding reached earlier, it may be effective to restate the agreement. This way you are just telling them of what they know already without telling them a ‘no’. It may feel lame to go over the earlier agreement repetitively but, at least, it will refresh your teenager’s memory. So, for instance, they wish to go meet their friends, but they haven’t finished their chores. You must keep on telling them “no going out until the chores for the day are done” until they surrender. Next time they think of going out earlier than the agreed upon time, they will remember just what your response is going to be. The most likely result will find them hasten to complete the chores, so that they could go out to be with their friends.

4. Suggest What They Can Do

Another method that avoids the reliance on ‘no’ explains to the teenager what they can do instead of doing what they wish to. For example, your teen wants to go swimming, but you don’t feel it safe for them to be swimming alone. You could tell them that it would be so much better if you had a friend to accompany them as it could be unsafe going swimming alone. You could also say something like: “If you could wait until I am home for work, then I can come along with you to the pool so that you aren’t swimming alone unsupervised.” An alternative suggestion could work too such as: “it’s a wonderful day to be out skateboarding” or “why don’t you take Johnny [pet dog] out for a run as it is so sunny today?” This way you can tactfully handle the situation without proclaiming a ‘no’.

5. Bring the ‘No’ Out from Their Own Mouth

How good would it be if your teen realized it themselves that ‘no’ is the best answer? Imagine this situation: Your teenager wants to go car-racing on the new car. You could try putting them in your shoes by asking them how they would respond if they were a parent and their kid asked them the same. They might end up saying things like: “It’s too dangerous to be driving speedily,” or, “It costs others their lives,” or “It will be very difficult to fund the damage lest an accident occurred,” etc. Most teenagers have limited foresight and they are unable to imagine the possible results from their actions. However, this way they can be led to the realization that it is best to let go of what they want to do.

Hopefully, now you would no longer rely on a ‘no’, realizing that there are better methods to control the unwanted actions of your teenager. These alternatives will allow for useful conversations between you and your teenager, making them understand your side of the story and less likely to engage in retaliatory behavior.

Andy Earle is a researcher who studies parent-teen communication and adolescent risk behaviors. He is the co-founder of talkingtoteens.com, ghostwriter at WriteItGreat.com, and host of the Talking to Teens podcast, a free weekly talk show for parents of teenagers.