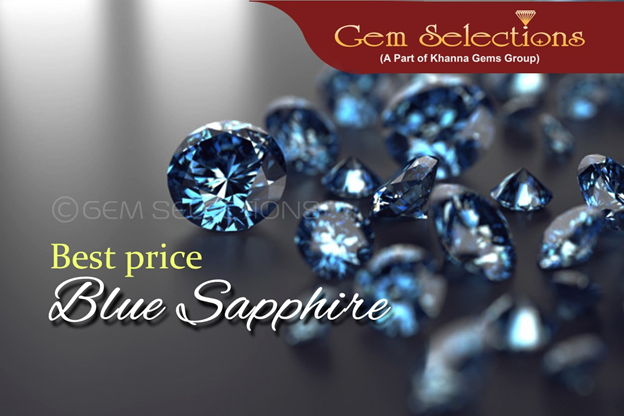 For plebeians and veterans in the knowledge of gemstones alike, Blue Sapphire is a sufficiently familiar name. It is not only the most prominent category of Sapphire, but one of the most popular variety of gemstones in general. Owing to its eye-catching beauty and bounty of astrological benefits, it is pretty obvious that many would want to purchase and wear a blue sapphire. But before you go that far, there are some important factors to acquaint yourself with.

Blue Sapphire, like any other category of Sapphire, falls in the Corundum family of minerals that characterises its crystalline structures. The stone is not exactly rare when compared to other Corundum gemstones like Ruby, but that does not stop it from being considered as extremely precious and valuable. Most of it arguably has to do with the gemstone’s immense and unarguable beauty. In fact, it is the aesthetic aspect of Blue Sapphire that makes it so popular in especially the countries in the Western Hemisphere, where, to explain in a tone of hyperbolic approximation, almost every fifth jewel is one with a blue sapphire.

The case with countries in the Eastern Hemisphere, to be speaking in a general sense, especially India, is different. Blue sapphires are revered as much as astrological gemstones as they are adored as precious stones for jewelleries and accessories. The dazzling magnificence of blue sapphires is highlighted by its numerous associations with folk culture as well, where it is highly referenced, and considered to possess potent magical powers. The stone is also known to be a favourite of royalty, with various rulers and monarchs being known to possess one as a symbol of power and dominance over their subjects.

To elaborate on the astrological aspect, the gemstone is known to be the birthstone of Saturn, which is also known as ‘Shani’ in India. Shani as a deity is not exactly considered benevolent in India, and is in fact to the contrary, famed to be quite malevolent. Blue Sapphire is known to be a powerful charm against the negative impacts of Saturn, counteracting its effects that are otherwise harmful. It is considered to be immensely powerful in thwarting unforeseen potential harm to the individual, guarding them against such circumstances.

What is most important to learn about Blue Sapphire is its most notorious quality, in keeping with the famed notoriety of the planet that it is the birthstone of. Blue Sapphire is considered to be a tremendously volatile or fickle stone when it comes to compatibility; very few find themselves to be fit to wear blue sapphires. Thus, consulting an astrologer before buying a blue sapphire is an absolute necessity to ensure at the very least, personal well being.

Coming to the question of buying a blue sapphire, the best way to go about it is to stop paying heed to word of the mouth, and head straight for an established gemstone retailer like Khanna Gems. Authenticity and quality are guaranteed when shopping at Khanna Gems, leaving you with the capacity to focus on choosing a cut. Head over to any of their retail outlets or dealers, or better yet, hop onto their online shopping portals for lucrative deals.